“It is our mission in life to feed the hungry, give water to the thirsty, clothe the naked, visit prisoners, give love and shelter to the homeless, heal the sick, and spread the gospel. In the name of our Lord, Jesus Christ." 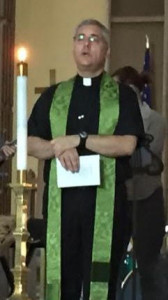 The Rev. David Keill serves as Rector of Christ Ascension.  He was originally called as a Church Planter/Re-developer in 1999. During his tenure, Christ Ascension has returned to full parish status in the Diocese of Virginia. He graduated from Oberlin College with majors in Philosophy and Religion, with a minor in History.  He attended Yale Divinity School prior to his ordination in 1993.

Prior to Christ Ascension, he served as the Rector of St. George’s, Pennsville, N.J. and was an Assistant at St. Barnabas, Wilmington, Delaware.  He serves as Chair of the Diocese of Virginia Committee on Congregational Missions, working closely with Suffragan Bishop Susan Goff. 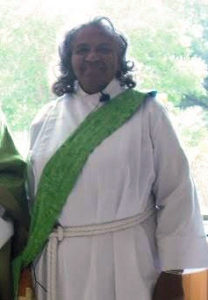 The Reverend Deacon Christine Garcia serves as a vocational Deacon at Christ Ascension. She came to the church as a deacon in training prior to her ordination as a permanent Deacon in 2012. In addition to her duties as a deacon in the church, she also helps with all outreach activities done by Christ Ascension. Since 1997 she has been active in Prison Ministry. She is connected with Faith Leaders and the Police Department in the City of Richmond. She is also involved with the young Adults Home (Tiffanies Minor) behind the Diocese of Virginia and the Adult Home on Forest Hill Avenue (Jones and Jones).

Theme by Anders Noren — Up ↑